Have you purchased yours? Purchase your All-Access Pass Now - Get Networking Course & 60 Day Recording Access 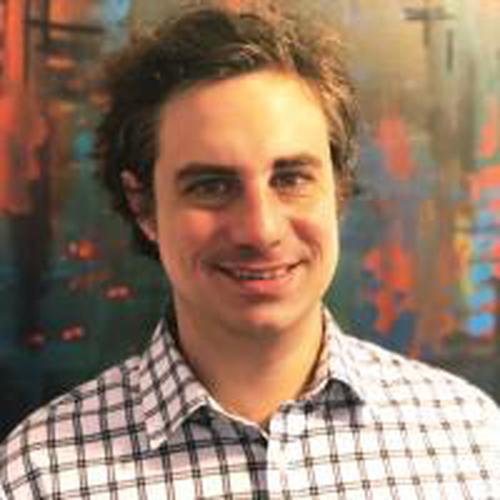 I'm a former neuroscientist. Now I'm a data scientist working in city government and focusing on projects related to social justice and equity.

Sessions covered by this panelists/speakers

For 13 years, as a graduate student and then as a postdoc, I worked at the intersection of behavioral and computational neuroscience. I did a bunch of really cool things! I focused on understanding how the dopamine system encodes information to process rewards and helps us organize a string of actions into a cohesive sequence. I got to watch and listen to the conversations between neurons and then decode those messages. I manipulated gene expression to change behavior and neural activity. I even used lasers to make neurons fire when I wanted them to. Neuroscience is pretty cool and I was lucky enough to do some really interesting work on important problems.

Science (the discipline) is a beautiful thing. It makes the world a better place and I got to play a small role in the march of progress. I'm grateful for that.

Science (the profession) is miserable. I struggled for grants, struggled against reviewers to get published, struggled for limited resources, struggled to have a work-life balance, struggled to not feel guilty if I took a vacation, and struggled to exist in a system that ultimately didn't want me. It's probably more correct to say that the academic and scientific systems that I was a part of didn't want anyone in particular. Those systems are designed to do one thing: force out anyone who doesn't have a good deal of luck and doesn't put their career above everything else. A more senior neuroscientist gave me a bit of perspective on this one time. She said, "You eat what you kill." At the time I laughed. Now I cringe.

A little over a year ago, I decided that I didn't want to struggle to make a living anymore. Six months after that I was in a new job. When I was learning to decode all those conversations between neurons I picked up some very marketable skills. I learned a lot about digital signal processing, analytical thinking, statistical analysis, machine learning, and how to code in multiple languages. I realized two things; I really enjoyed data analysis much more than neuroscience and I could translate these skills into a career as a data scientist.

Now I work as a data scientist at the city of Pittsburgh. I had no idea that I would ever work in government, but I’m so thankful that I do. I get to work on issues that I care deeply about. And I also don’t feel bad if I take a day off.

Leaving academia and science was a good choice. It was hard (even though it didn’t have to be as hard as it was) and it was scary (it shouldn’t have been scary at all). In hindsight, I realize that one mistake I made, an all too common mistake, was staying in academia well after I realized I was unhappy. If you’re a part of this event I’m betting you also realize that academia isn’t right for you. I’d encourage anyone who is having second thoughts about a career in the Ivory Tower to realize that there is a much more fulfilling path out there. If I can help you find it just let me know.

We use cookies This website (and some of its third-party tools) use cookies. These are important as they allow us to deliver an exceptional experience whilst browsing the site.